To a preteen, most especially, music is a beautiful thing to hear. Can any of us with the gift of hearing imagine a life without the music that inspires or comforts us? Music has been with us since the beginning. From our beginning we have pounded out sounds on drums to warn the clan against threats, to celebrate the victory of a battle, and to praise and worship the gods. Music arouses the soul and thus becomes a source of inspiration for all. And as we shall see music can become a source for creativity and journal writing for a pre-teen. 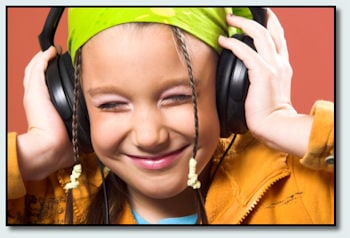 When we were babies most of us were introduced to music by our parents. It’s common for parents to have some form of music producing devices for babies mounted on the baby crib to lull a child to sleep or to entertain them during nap time. Those musical sounds comforted us when we were babies.

As we grew up and became more aware of our surroundings we were introduced to children’s shows like Barney (TM) and Sesame Street (TM). These programs not only taught us things but often the teaching was combined with songs to help us learn in a fun way. Often these programs put us in the mood to dance and sing along with our favorite characters. These songs inspired us and the singing and dancing are evidence of our developing creativity as a result of that inspiration.

As we became older we found ourselves being attracted to more mature forms of music, especially to those sounds that had a happy and celebratory tune to them. We all can remember our parents playing their favorite songs on the stereo or radio. Although we might not have totally understood the lyrics of those songs, at that time, we would dance and attempt to sing along, especially if mom or dad was looking. What child doesn’t like to perform for their parents? These memories are a good resource for the pre-teen to write about in their journals because it can help them identify the beginning of their own creativity.

Most pre-teens love music of one form or another and many have a variety of different music genres they enjoy listening to. Moreover, many pre-teens who write in a journal will often listen to their favorite music to stimulate thinking and creativity, as well as to help them focus. Music can also become a source of contemplation and reflection, arousing past memories. This is especially true if a specific memory is associated with a specific song. Often, the lyrics will touch deeply held thoughts and emotions. These reflective instances are fantastic to write about in a journal.

There are some pre-teens that have an interest in learning to play an instrument and/or becoming a professional musician. Not only can the pre-teen write about their desire to become a musician but they can also write and develop music and lyrics in their journals. Many well-known musicians have used a journal to help them develop and for the entertainment of others.

↓↓↓ You can sign up to receive prompt lists via email