Lack of Self Esteem

Lack of Self Esteem— Causes and How to Remedy It

The lack of self esteem in a person can make one become burdened and troubled throughout his or her life. If one does not have a high regard or perception of one’s self, it can lead to depression as well as to negative extreme feeling like despise. Self esteem is actually a mirror; it shows you how you feel and think of yourself. 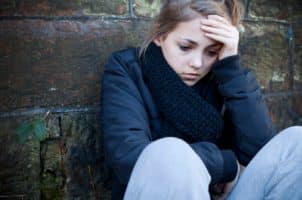 A proud or cocky person can, in fact, be someone that lacks confidence and self-esteem, so a lack of self-esteem is not always that easy to determine.

Indeed you must go beyond the surface to the depth of a person to access the state of their self-esteem. Here are some symptoms of how one can detect if a person lacks a healthy sense of self-esteem.

Lack of Self Esteem Symptoms

A person that is usually afraid or needs a lot of encouragement in order to start a project or task may be suffering from low self-confidence. This type of person is often also afraid of what other people will say about them and is overly concerned about their opinions as well. They are typically terrified of being criticized and usually looking for approval from other people in the things that they do. Sadly, this type of a person will judge themselves according to what he or she hears from other people. This is being “others referred”, meaning finding worth in the opinions of another. The fear of being criticized and never being good enough is what makes looking to others so detrimental to a healthy sense of self-esteem.  Be assured, a person who is “others referred” will always suffer from a lack of self-esteem.

Another indicator of low self esteem is when a person takes up an alternate persona and pretends to be someone whom they are really not. These people tend to think that other people are better than them and give out reasons or excuses for everything that they do and why it doesn’t “measure up”. This type of a person prefers to avoid social gatherings and get-togethers and does not have very strong social skills. They can be defensive about feedback (even positive feedback) and take defensive stances on just about any topic that centers around self-analysis.

Other traits that people have with lack of self esteem include having a hard time making decisions for themselves and panicking whenever conflict arises.

Lack of Self Esteem | A Few Root Causes

Lack of self esteem and self-confidence is often, but now always, rooted in neglect during one’s childhood. For example, a child who lived with parents who quarreled often more than likely thought that he or she was responsible for the problems and the disagreements. This belief was internalized by the child and later emerged as a low sense of self esteem. (A scenario such as this is neglect, even though the parents may not have been aware that they were harming their child.)

During one’s formative years, if a child is neglected, and especially if he or she is abused, it usually makes a powerful negative impression on them which can sometimes lead to depression. Neglect and abuse might also make them think that they do not deserve the positive attention or love of others — causing low self-esteem — because this is what they have experienced during childhood.

Lack of Self Esteem Remedies

In order to overcome a lack of self esteem, one must get over the fear or hurt that is holding them back. (Journal keeping is a great tool for this.) Moreover, it is essential to cease condemning and blaming oneself.

Everyone has wounds and experiences failures in life, so accepting this fact is a key step in regaining a healthy sense of self-esteem. We must all know and accept that failure is a part of life and is perfectly normal; in fact, it is essential to healthy personal growth.

Lastly, people who suffer from low self-esteem must learn to forgive themselves and not beat themselves down whenever a mistake is made. These are a few simple steps that anyone can follow to correct and improve a lack of self-esteem.

Until next time here’s to healthy self-esteem!

4 thoughts on “Lack of Self Esteem”