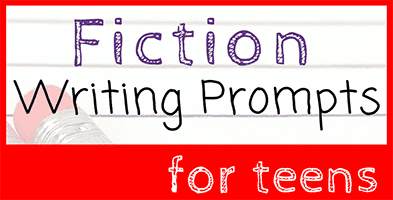 Though younger kids simply want interesting plots and larger-than-life characters from their fictional works, high school students are looking for something more.  They want meaning and emotion and significance and weight—in short, they want works that reflect life and all of its many varied experiences.

For best results, ask your students to include the sentence prompt somewhere in their completed pieces of fiction—but it’s up to each of them to decide whether the sentence fits best at the beginning, in the middle, or at the end of their stories.

Take a look at the fun listing shown below of fiction topics to write about for teens!