Gender Equality Journaling Writing Prompts — In a world where even seemingly gender-neutral toys like building blocks and sports equipment are divided and sold in separate bold blue and soft pink versions, it’s increasingly difficult for parents and teachers to help kids learn about gender equality and the harms of gender norms.

Kids are taught from an extremely early age that some things are “just for girls” or “just for boys”—and it can be next to impossible to erase these deeply ingrained messages as kids age. While it’s tough to undo years of conscious and unconscious gendering, one of the most effective ways to help kids break down these beliefs is through the use of journal prompts.

As kids write about the existence and current state of gender equality in today’s world, they’ll have the opportunity to assess for themselves what it really means for women and girls to be equal to men and boys.  They’ll also consider important topics relating to gender equality in their own lives—such as what happens when they see a friend breaking a gender norm and what challenges both genders face in today’s world.

Use these all new journal prompts to help students dig a little deeper into their belief systems and learn to promote and question the presence of gender equality in today’s world! 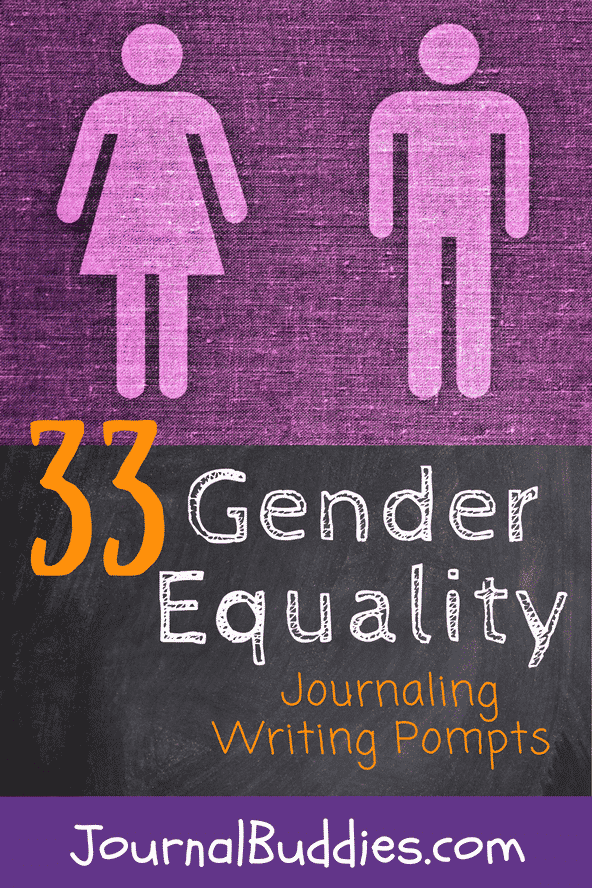